Assault on a Female

Charged with Assaulting a Woman? 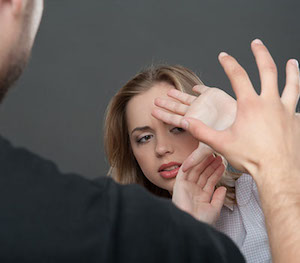 Defending an Assault on a female charge is not easy. The District Attorneys are often appalled, believing everything in the allegations to be true. This makes them less likely to work out a plea negotiation and more likely to push the matter to trial. Often at a trial on an assault on a female case, the argument is self-defense. It is common for a couple to get into an argument in which the female instigates contact and the male tries to stop the confrontation but ends up causing an injury. It is also important in defending these charges to see if the police were involved and if they made the arrest or the alleged victim took out a private warrant. There are many scenarios that can come into play when you are facing these charges and it is important you have an attorney who is willing to fight for your case.

The Olsinski Law Firm, PLLC focuses exclusively on criminal defense law such as crimes related to assault, including assault on a female. Our firm's dedication to this particular area of the law gives us an advantage over other law firms who seek to cover a broader range of cases. Our focused insight into this area of criminal law provides our clients with the knowledge and experience necessary to aggressively defend you against any allegations of assaulting a female.

Contact a Charlotte assault defense attorney or Concord assault lawyer if you have been accused of assault on a female.