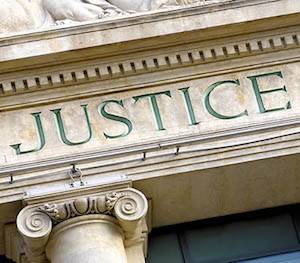 Our attorneys are dedicated to representing defendants who are facing virtually any type of misdemeanor or felony charges, allegations or investigations. We can help clients who need a criminal attorney in Charlotte and surrounding areas of North Carolina. We had this website created to inform more people if they are searching for a criminal attorney in Concord NC, and offer help with useful information about the various types of criminal offenses that people may be accused of. Feel free to browse through the information on this site by clicking on any of the subjects we have highlighted below:

DWI stands for driving while impaired. This criminal offense involves a driver who takes to the road while under the influence of alcohol and/or drugs. At our firm, we represent drivers in and around Charlotte who are dealing with first time and multiple DWI charges. With our understanding of the DWI process, we seek to help our clients avoid the serious penalties associated with these charges.

Breath and blood tests are a key part of DWI charges. This is how law enforcement determines whether a driver has an unlawful blood alcohol concentration (BAC). If the driver submits to a breath test or blood test and the result is.08% or greater, that driver will likely be charged with DWI.

A field sobriety test is a type of roadside test that is administered by an officer who has pulled a driver over for suspected drunk driving. These tests, such as the one-leg stand and walk-and-turn, are meant to gauge a driver's balance, coordination and ability to follow instructions, all of which may be affected by alcohol or drugs.

If you were accused of public violence or abusive language, you could be charged with disorderly conduct. A member of our legal team could fight to defend you if you were charged with any type of public disturbance and we will do everything in our power to fight for your rights.

There are many different types of drug crimes, ranging from possession to distribution to trafficking. All of these involve illegal acts pertaining to controlled substances, whether illegal narcotics or prescription drugs. Our firm represents clients throughout the Charlotte area in the face of all kinds of drug charges.

Charges involving the possession of illegal drugs or unlawful possession of prescription drugs may place a person in danger of facing imprisonment in jail or prison, fines and other penalties. A defendant may even face criminal charges for the possession of drug paraphernalia. Increased penalties may apply if one is accused of possession with the intent to distribute.

Selling controlled substances is a felony offense in North Carolina, and a defendant may face harsh penalties if convicted. If you or someone you know is under investigation or has been accused of drug sales or distribution, it is important to move quickly and involve an attorney.

Manufacturing methamphetamine, cocaine or other controlled substances is a serious drug crime that is charged as felony. It may also tie into drug trafficking operations in some cases and may therefore be charged on a federal level, depending on the case.

Theft crimes may include both violent and non-violent criminal offenses that involve taking or attempting to take another's property. Whether you are facing charges for simple larceny, unlawful concealment, possession of stolen goods or a more serious theft crime such as armed robbery, it is important to seek legal counsel.

Burglary, is a crime that involves unlawfully entering of another person's residence that they use as a dwelling with the intent to commit a crime therein. Most people associate burglary with theft alone, but a person may face burglary charges for entering another's property with the intent of committing rape, assault or another crime.

Robbery is a violent theft crime. It may be described as taking or attempting to take another's property from their immediate presence or possession by way of force, threats or violence. This is a felony offense in North Carolina, and a defendant may face serious penalties if convicted.

A violent crime may be described as a crime that involves a threat, attempt or act of violence of any kind. Our firm can handle all types of cases of this nature, including robbery, assault, simple affray, verbal threats, domestic violence and more.

An Assault involves an attempt or threat of violence upon another person. Assault may be charged in varying degrees depending on the particular case. Our team can represent clients facing charges involving assault on a female, assault with a deadly weapon and assault by gunpoint, using our knowledge of these offenses to protect our client's interests.

Committing a crime against another person's property may have serious consequences, resulting in misdemeanor or felony charges. Some examples of property crimes include trespassing, breaking and entering and damage to personal property such as arson, vandalism or graffiti.

Traffic offenses, from traffic tickets for speeding all the way to criminal charges for reckless driving or DWI, can have a serious and lasting impact for a driver. This may include fines, points on one's driving record, increased insurance costs, license suspension and even imprisonment.

Hit and run is one of the most serious traffic violations that a person may be accused of committing. This crime involves leaving the scene of an accident without exchanging contact or driver information with the other parties involved. This is a particularly serious crime if someone was seriously injured or killed in the collision.

Read more about hit and run...

Sex crimes, including child pornography, sexual abuse, rape, indecent exposure and prostitution, are some of the most sensitive cases that a criminal defense lawyer may handle. Not only will a conviction lead to serious penalties, but the nature of these crimes may lead to a ruined reputation and career for the defendant.

Abusing a child is one of the most serious crimes that a person may be accused of committing. Whether the alleged abuse is physical or sexual in nature, a defendant may not only face harsh criminal penalties if convicted but may face a ruined reputation, loss of custody rights and other serious consequences.

Common penalties for criminal convictions are as follows:

A simple misdemeanor for a first time offender may receive a light sentence from a judge. A more serious felony offense may include prison time and parole along with other punishments imposed by the courts. Our firm knows how the court system works and how to get results for clients. A defense attorney can challenge evidence presented by a prosecution including warrants, arrest procedures, forensics and other means used by the prosecution to prove a case. The goal of The Olsinski Law Firm, PLLC when defending a case is for the best possible outcome depending on the circumstances of the alleged crime and the seriousness of the offense. Make an appointment today for a consultation with a trusted and accomplished criminal lawyer for an aggressive defense.

Fill out the contact form
Free Consultation - Call Us 24/7 Charlotte: 704-405-2580 Concord: 704-918-4747
Practice Areas
Client Reviews
★★★★★
Everyone at the Osinski Law Firm was prompt, professional and responsive. I was kept informed and notified when a resolution was in place. I would not hesitate to use Kimberly Olsinski in the future. David
★★★★★
My service was great, I was very satisfied. The staff was great as well, keeping me informed, explaining my case and helping me understand the outcome. Michele P.
★★★★★
Very professional at all times. Worked hard for me. I had no worries or concerns that my ticket would be handled. I would for sure recommend her to my family and friends as well as use her in the near future. Roxanne
★★★★★
I'm glad I chose this firm, my case was handled quick and worked out great in my favor. I would refer them to anybody that is hoping for the best outcome. Chris A.
★★★★★
I'm glad I called the Olsinski Law Firm. They took time to listen to my story from the accident and explained everything in full detail. I am completely satisfied. Thank you! Sonjinika
View More
Submit a Law Firm Client Review