Getting Custodial Rights to Your Children 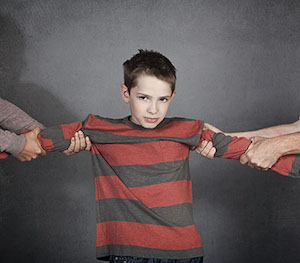 Call a Child Custody attorney at our office; we handle cases in Huntersville, Matthews, Charlotte, Concord, Kannapolis and all surrounding areas.

When courts award joint legal custody the parties share the right to make major decisions or certain decisions are allocated between the parties. Sole legal custody means one party has been awarded the right to make decisions that have long term implications for the child. In North Carolina to file for custody the filing party must have standing. According to North Carolina General Statute 50-13.1(a) any parent, relative or other person, agency, organization or institution claiming the right to custody of a minor child may institute an action or proceeding for the custody of such child. Despite the broad language of the statute, there are limits on "other persons" and "third party's" who can file an action for custody. Once an action is filed with the court the parties are required to attend mediation. Mediation is a great opportunity for the parties to tell the opposing party what they want and make a genuine effort in resolving their issues. If all issues are settled in mediation the mediator will prepare a parenting agreement which contains all the terms regarding custody. If the parties are represented by attorney's the parties can give the agreement to their attorneys for review. If the parties are not represented by counsel the mediator will give the parenting agreement to judge and the agreement will become a court order and is subject to enforcement and modification. If mediation is not successful in resolving all issues, then the parties proceed with litigation.

Our office has experience handling all types of child custody cases. An attorney at our office in either Concord or Charlotte will sit down with you and be able to discuss your case and what can be done. We focus on our energy on providing aggressive, effective and cost efficient representation. Please call one of our offices today and set up a consultation.

Fill out the contact form
Free Consultation - Call Us 24/7 Charlotte: 704-405-2580 Concord: 704-918-4747
Practice Areas
Client Reviews
★★★★★
Everyone at the Osinski Law Firm was prompt, professional and responsive. I was kept informed and notified when a resolution was in place. I would not hesitate to use Kimberly Olsinski in the future. David
★★★★★
My service was great, I was very satisfied. The staff was great as well, keeping me informed, explaining my case and helping me understand the outcome. Michele P.
★★★★★
Very professional at all times. Worked hard for me. I had no worries or concerns that my ticket would be handled. I would for sure recommend her to my family and friends as well as use her in the near future. Roxanne
★★★★★
I'm glad I chose this firm, my case was handled quick and worked out great in my favor. I would refer them to anybody that is hoping for the best outcome. Chris A.
★★★★★
I'm glad I called the Olsinski Law Firm. They took time to listen to my story from the accident and explained everything in full detail. I am completely satisfied. Thank you! Sonjinika
View More
Submit a Law Firm Client Review