JUSTICE Our Job. Our Focus. Our Passion.
Contact Us
For a Free Consultation
Home
Attorneys
Erik Ashman Esq. 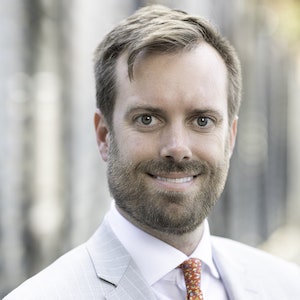 While growing up, Erik was involved in Boys Scouts of America, in which he achieved the rank of Eagle Scout after many years of dedication and hard work.  He attended Elkin High School and is a three-time North Carolina State Champion in Tennis. Upon graduation from high-school Erik attended the University of North Carolina at Wilmington, and earned a B.A. in Political Science and a History, minor.  During his course of study at UNCW, he interned with the District Attorney’s Office of New Hanover County, and served as Vice President of Delta Tau Delta Fraternity.  After graduating from UNCW, Erik attended Elon University School of Law and served as Delta Theta Pi Fraternity Treasurer.

Upon graduating from Elon School of Law, Erik returned to his hometown of Elkin, North Carolina and began practicing primarily in the area of criminal law.  Erik discovered his passion for family law while representing numerous parents in their fight for child custody against the Department of Social Services. Erik relocated to Catawba County, North Carolina where he was employed at an established law firm, in which he led the firm’s family law division for four years. During those years, Erik developed his skills and reputation as a fierce family law attorney. In February 2018, Erik joined The Olsinski Law Firm where he now serves the citizens of Mecklenburg and Cabarrus Counties in all matters related to family law.